Skip to main content
To provide you with the best experience, Best Western PLUS Inner Harbour Hotel uses its own and third-party cookies on its website for technical, analytical and marketing purposes. By continuing to browse our site, you're agreeing to our use of cookies. Please consult our Cookie Notice for more information. 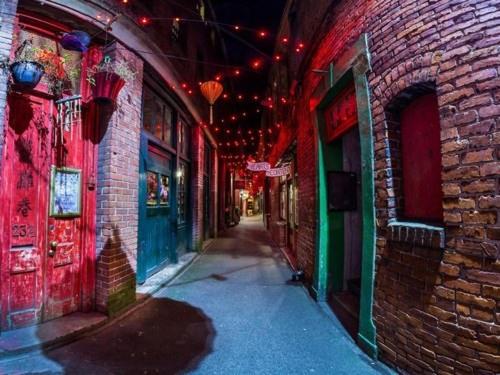 Come visit us in Victoria! Western Canada's oldest city, Victoria was founded in 1843 as a Hudson's Bay Company trading post. From national historic sites to Aboriginal art displays, Victoria satisfies all history lovers. It’s easy to get around on foot from our convenient Inner Harbour hotel location, or maybe you want to reserve a horse-drawn carriage tour.

The Original Downtown & Harbour: The streets of Government, Wharf, Broughton, and Bastion Square continue to draw in locals and tourists alike. This area was first established in 1843 as the first European Settlement on Vancouver Island. Being so close to the Inner Harbour in Victoria BC, these areas continue to be a wonderful place for authentic local seafood, along with plenty of shops to find one of a kind souvenirs. Many of the buildings along the streets have been restored so that they can live on, while maintaining their original style. Some of these buildings are thought to be haunted! The stories from the past live on as they are explored in Victoria's Ghostly Tours. Take in one of these tours and enjoy the histories of the people who once walked through the original settlement that is now Victoria BC. http://www.discoverthepast.com/ghostly-walks/

On Humboldt St you can stop by the Victoria Maritime Museum http://mmbc.bc.ca/ to see the artifacts and hear the stories of times at Sea.

The Royal BC Museum; Galleries that bring you with them:

You can visit the Old Town and First Peoples Galleries at the Royal BC Museum http://royalbcmuseum.bc.ca/located very near the Best Western Plus Inner Harbour. There you will get the chance to see buildings in the style of the early 1900s, along with classic furniture and fashions on display. There are many exhibits where you can learn more about the history of British Columbia. The Museum has exhibits on the explorers who arrived at our Port over the centuries, as well as the pursuits and ways of life of the settlers and Native Peoples of the area. The effects of the colonization and the items which were traded are there to explore as well. There are areas with excerpts to read and listen to, and it is a wonderful place for visitors of all ages. The visuals and stories can bring you back to those times and to an understanding of the British Settlers and the First People's traditions.

Originally built in 1858 when Governor James Douglas decided that the affairs of the Crown should be separate from the original Hudson's Bay Company in Fort Victoria. He had worked from the office at the Hudson's Bay Company, and then from his home at Government House before moving to the Parliament Buildings. Unfortunately the original 'Bird Cages' as they were called no longer stand, as they were destroyed in a fire in 1957. The Parliament Buildings which you can see now are much grander. The construction of these began in 1893. While in Victoria, take a tour of the Legislature and learn about our Legislative Assembly and its history. You can see photographs from the time of construction and Victoria's Harbour before it was drastically changed to accommodate the settlers. http://www.leg.bc.ca/info/2-2-4.htm

The Oldest China Town in Canada:

The first noted time of immigration of the Chinese people to Victoria BC began in 1858. Gold was struck in the Fraser Canyon and many immigrated to find a better life for themselves and their families, escaping war and famine in their country. The early Canadians were not used to the Chinese immigrants and restricted their movement. In answer to this, they built up their own China Town in Victoria which to this day is equipped with clothing and food markets, their own herbalists where traditional remedies can be sold and much more. Victoria’s China town is the oldest in Canada and the second oldest in all of North America. Fan Tan Alley is the smallest street in Canada with its narrowest point it is only 0.9 meters (35 in) wide. The history of Fan Tan Alley and Market Square will draw you in on your visit as well! http://chinatown.library.uvic.ca/

Walk through the wrought-iron gate, along the drive, up the grand staircase and in the former school’s formal entrance. View the 1920’s era parlors then enter the chapel. Once Victoria’s first Roman Catholic Cathedral, it was built in 1858 and moved and added to the school in 1886. Like the many rural French Canadian churches it is modeled after, it has ornate altar and ceiling carvings, gold-leaf detailing, original oil paintings, stained glass windows and a 1913 Casavant pipe organ. The resplendent Novitiate garden at the side entrance to the Chapel has a geometric herb bed, perennials and a recreated 1925 summerhouse. The 1910 formal garden at the north-west corner of the property contains rare trees and the remains of a unique fountain.
This national historic site is a short 15 minute walk from our Inner Harbour Hotel! http://www.stannsacademy.com/

Call today or book online for our Victoria hotel - we are steps from all of these locations!